CEO communication: Here’s how it works

CEO communication: Here’s how it works

Hope, sustainability and emotional strength: These three factors ensure successful CEO communication and an increased visibility. It’s no secret that good PR work has a lasting effect on a company’s image as well as on the economic success. Yet the perception of customers and stakeholders is not only focused on a strong brand and a good product, but also on the CEO. But which CEO enjoys a particularly good image? The job search engine Stepstone and the Handelsblatt newspaper interviewed 12,000 specialists and executives. We present the four most interesting findings from the CEO ranking “The Vote” in the following:

Not surprisingly the level of recognition of CEOs depends largely on that of the company. Managers of DAX companies, such as Volkswagen, Siemens, Lufthansa or BMW lead the rankings. This means that the public is much more aware of executives from well-known companies. In return, executives must prepare themselves for a life in the spotlight. This requires professional and emotional strength.

CEOs as a source of hope

The principle of hope is important for the public perception of CEOs. This has had a particularly strong influence on the category “Impact”, which evaluates the greatest positive influence. The SAP management duo Christian Klein and Jennifer Morgan came in first and second, closely followed by Oliver Zipse, CEO of BMW. According to this ranking, CEOs were named who only took up their positions a few months ago and barely had time to make a lasting impact. A change in leadership is therefore perceived by the public as being both dynamic and hopeful. The challenge of good communication is to maintain the “initial push” of a new CEO and to anticipate crises at an early stage that could cause lasting damage to the image.

Great potential for improving the image of a CEO in a company lies in communicating the sustainability agenda. CEOs can also score points with seemingly less environmentally friendly companies. The CEO ranking positions Oliver Zipse and Daimler CEO Ola Källenius at the top of the sustainability rankings. These traditional German companies have a strong focus on the environment and are successfully communicating this to the public.

Performance does not equal visibility

The winner of the CEO ranking is the new BMW boss Oliver Zipse, who scored particularly well in innovation, job attractiveness and personal skills. Ultimately, charisma, dynamism and looseness are common to all managers at the top of the ranking. Which CEO did you notice due to particularly good PR? Or especially bad communication work? Contact us: office@koettker.com. 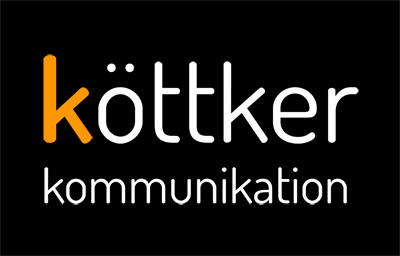